Most Fuel Efficient Hybrid Cars in the World

Let’s start with the basics, what is a hybrid car?

A hybrid vehicle is one that makes use of more than one means of propulsion. At present that would be pairing a normal petrol or diesel (combustion) engine with an electric motor. However, the way these are merged differs among the automakers.

The major benefits that come with a hybrid car include less fuel being used which in turn lead to less CO2 emissions. These are the greenest cars from the lot. From this, owners also pay lower rates of road and company car tax.

There are also different types of hybrid cars but almost all of them drive like a conventional automatic car. The first is Conventional hybrids. Like the system in the Toyota Prius, the car can run on the power of one of the sources only or they can work together. When driving slow, the engine will switch off and the car is powered by the electric motor only. When maximum acceleration is required then both sources will power the car.

Another type of hybrids is the ‘plug-in hybrid’. As its name suggests, the car can be plugged into an external power outlet to recharge their batteries. These batteries will be bigger and carry the car to a further distance on battery power alone than the conventionals. 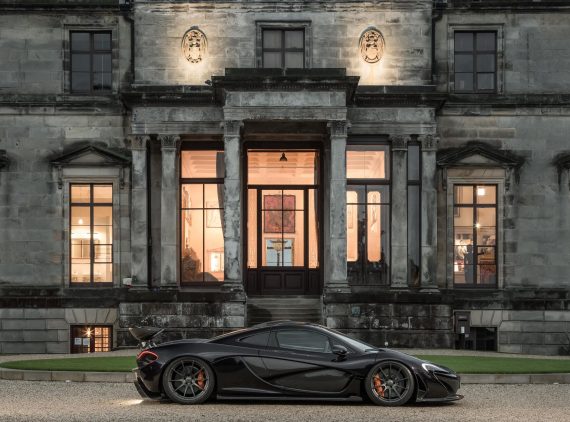 Produced by McLaren automobile, the P1 is a limited production hybrid. The P1 was manufactured between 2013 and 2016 with only 375 units built. It is the most powerful hybrid which also had F1 technology in it. The car pulls a 0-100km/h time in 2.8 seconds and 0–200 km/h in 6.8 seconds. The car is electronically limited to a top speed of 350 km/h and manages a total range of 530 km/charge. 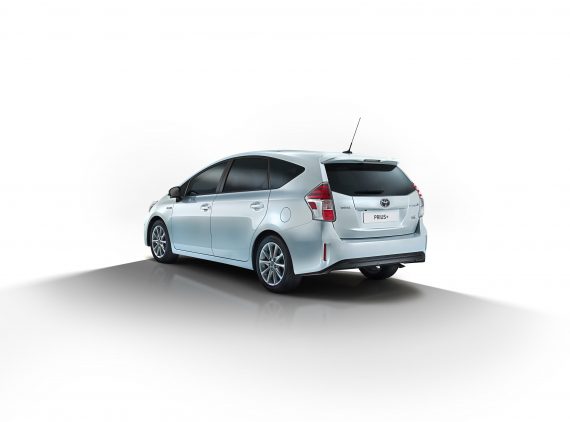 The Toyota Prius was the first to appear on the scene, being in production since 1997. Currently, in its fourth generation, released in 2015, it’s fitted with a new generation of powertrains. There have also been significant improvements in the battery, electric motor and gasoline engine technologies. The electric motor produces 52 kW/71 hp while the engine produces 71 kW/95 hp making a combined output of 90 kW/121 hp. 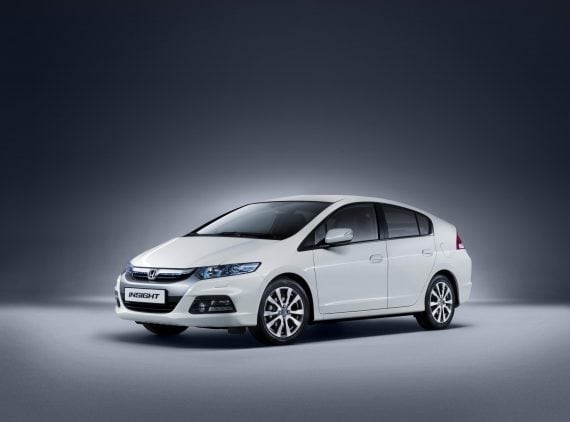 The Honda Insight was produced between 1999 and 2014. There’s speculation that Honda might be bringing back the Insight hybrid to take on the Prius. It will be a very modern and stylish car considering the different body styles it has already explored. Its first generation was said to be the “most fuel efficient gasoline-powered car available in the U.S.” It had a fuel economy rating of 3.4 L/100 km for highway driving and 3.9 L/100 km for city driving. 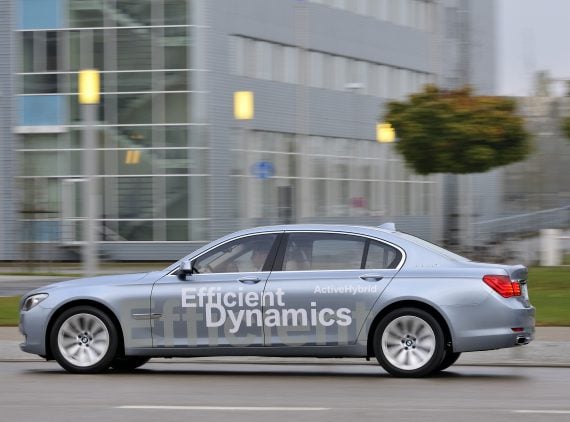 The BMW Active Hybrid 7 was produced between 2010 and 2015. Its first generation model had high fuel economy ratings but its second generation, released in 2012 were significantly lower. With the updated drivetrain, fuel economy was rated at 10.7 L/100 km for the city and 7.8 L/100 km on the highway. At the time of release, BMW boasted that it was the quickest hybrid sedan with it sprinting from 0-100km/h in 5.8 seconds. Its top speed was 250 km/h. 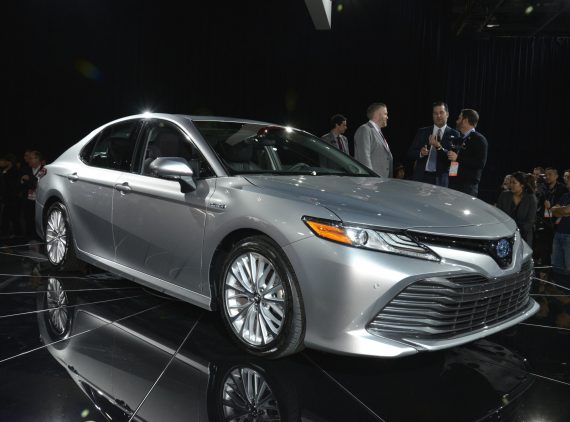 The Camry Hybrid has been in production since 2007. The hybrid setup in the Toyota Camry is one Toyota has been using for years and has proved to be durable and reliable. While previously an A-student, it was surpassed by Honda and Chevrolet in areas of its technology, fuel economy, and driving pleasure. Its 2018 model has a fuel economy rating of 5.3 L/100 km. 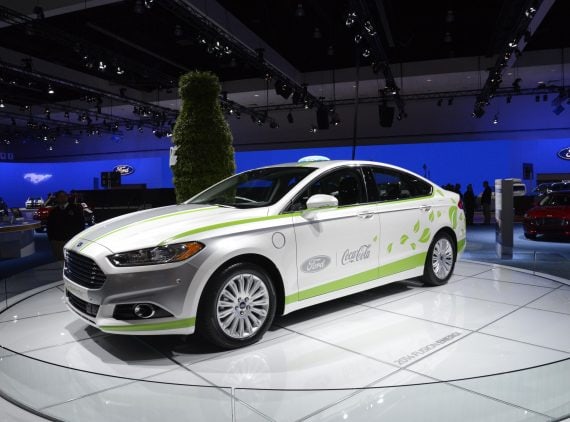 Currently, in its second generation, the Ford Fusion Hybrid has been in production since 2008. Its fuel economy ratings have been recorded as 6.4 L/100 km on a combined cycle (highway + city). The second generation models are also said to be more fuel efficient than its predecessor. It is fitted with some handy tech that includes Smart Gauge, voice commands activated system, satellite radio, and a rearview camera. 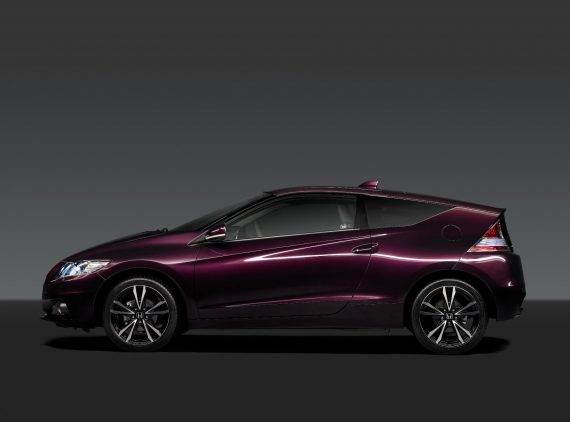 The Honda CR-Z is the automakers third hybrid model (after the Insight and Civic hybrid) and has been produced since 2010. Its name CR-Z stands for ‘Compact Renaissance Zero’ and was first seen at the Tokyo motor show in 2007. Its engine is paired with a six-speed manual transmission as standard and a continuously variable transmission (CVT) is available. 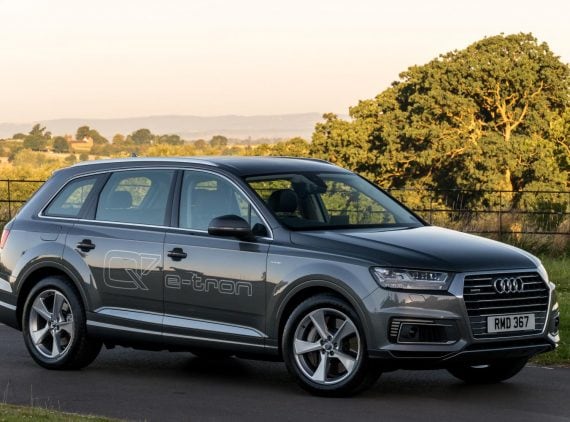 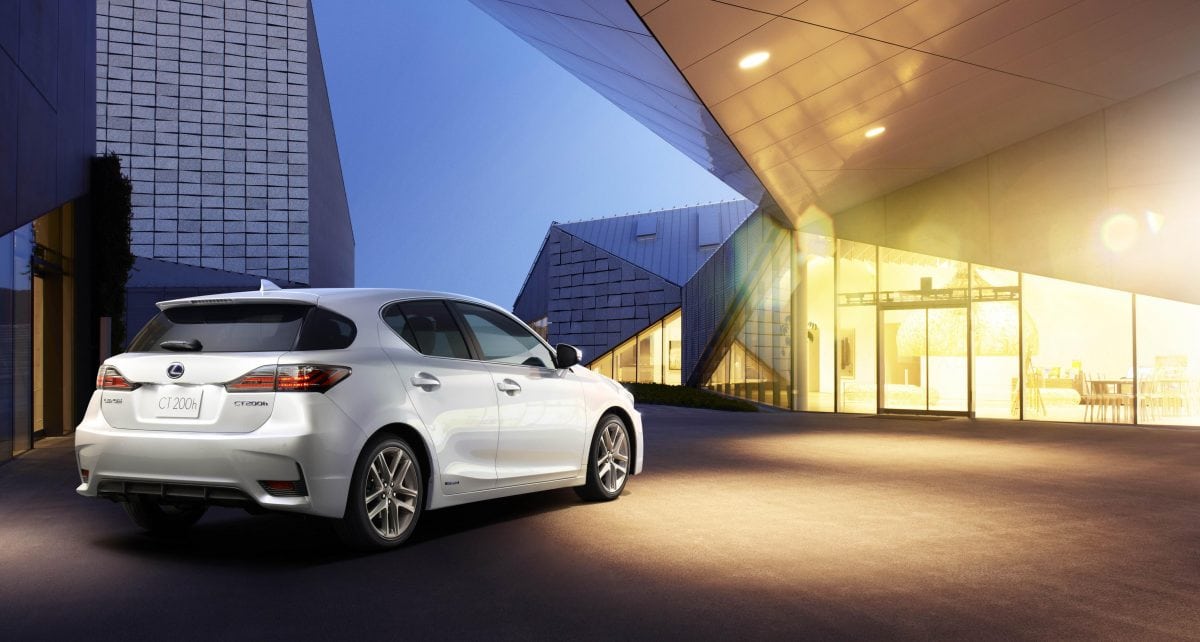 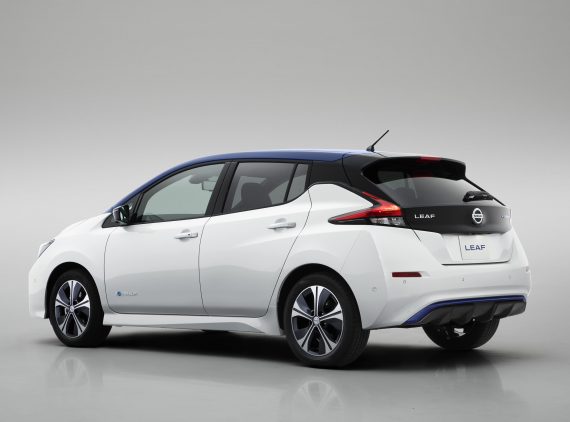 Nissan’s five-door electric hatchback has been in production since 2010. More than 250,000 Leaf’s have been sold marking it as the “world’s all-time best-selling highway-capable electric car in history” (for now). It’s said to produce 0 exhaust pollution and 0 greenhouse gas emissions. It has several awards to its name including the 2011 World Car of the Year. The Nissan Leaf has a top speed of over 150 km/h and an unofficial 0-100 km/h acceleration time of 9.9 seconds. Its fuel consumption figures have been tagged at 2.4 L/100 km on a combined cycle, 2.2 L/100 km in city driving and 2.6 L/100 km on highways.