A Ferrari SP38 was unveiled a few days ago and spawns from the Ferrari One-Off programme. The unique project was commissioned by one of the Italian automaker’s most devoted customers. Who, aside from the apparent exquisite taste, remains a mystery.

The Ferrari SP38 makes use of underpinnings (chassis and running gear) from the 488 GTB. It was designed by the Ferrari Design Centre with a purpose to create a car for the road and track because the client has a “deep passion for racing”. As a result, the client worked with Ferrari on the car from conception. Together they combined design ideas with their individual needs. It usually takes the Italian automaker around 18 months on average to build a custom car, depending on the project. 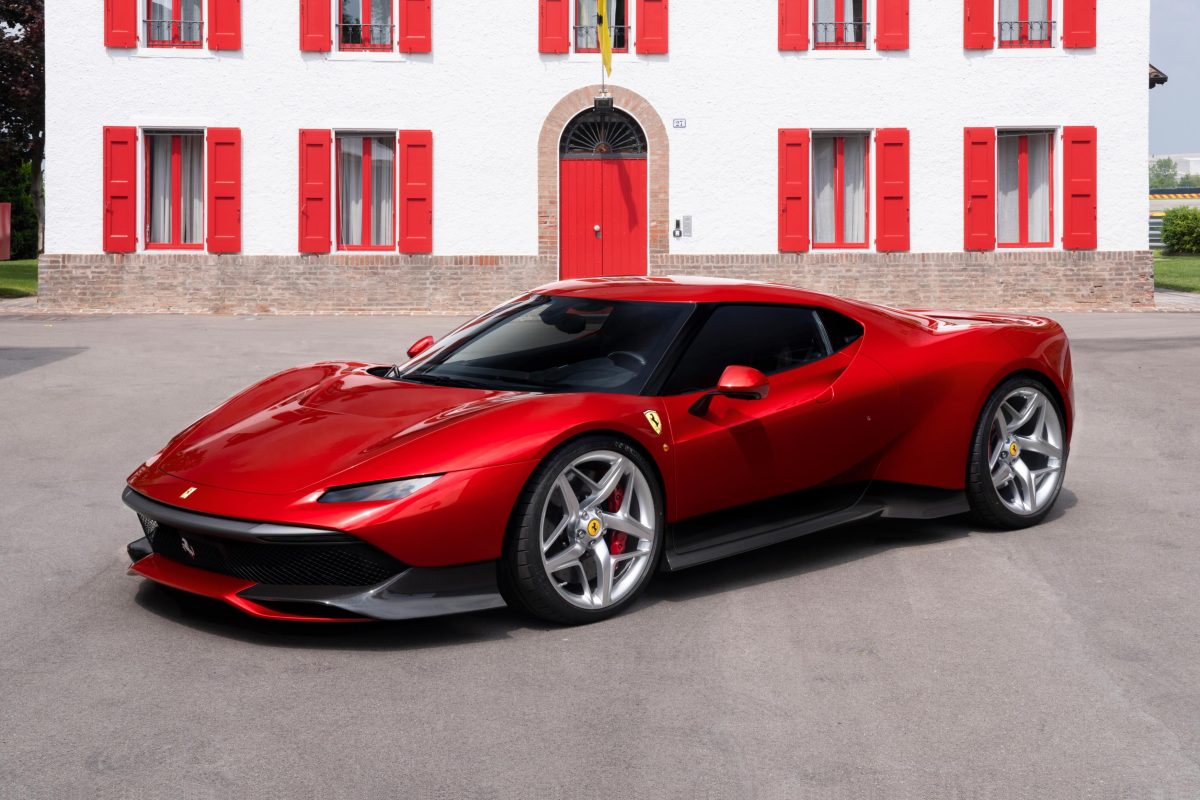 Inspiration for this one-off car was also drawn from the mighty Ferrari F40 of the 80s. Which Ferrari says can be seen in the rear wing and engine cover. The SP38 has a thoroughly sensual and modern design and was completed with all-new bodywork. The car was finished in a new three-layer metallic red paintwork. Additionally, the cabin has a full Tailor Made trim.

A little design details as explained by Ferrari:

“Compared to the 488 chassis, the visual mass of SP38 appears concentrated over the rear wheels as the wedge design sharply stretches towards the front. In plan view, the strongly tapered nose expands towards muscular wheel arches, giving the car potency and agility.

Specific inset headlights were designed to be as thin as possible. Therefore the mandatory DRL (daytime running lights) units were relocated to add character and functionality to a slim bumper lip. Which is consequently reminiscent of the 308 GTB. On the side, the defining air scoop of the 488 GTB is completely concealed where the sheet metal folds in on itself from the low beltline on the door and into the rear wheel arch and three-quarter light.”

The Ferrari SP38 had one public reveal before getting locked away in its mystery owner’s collection. This took place at the Concorso d’Eleganza Villa d’Este, on the shores of Lake Como, Italy, this past weekend. 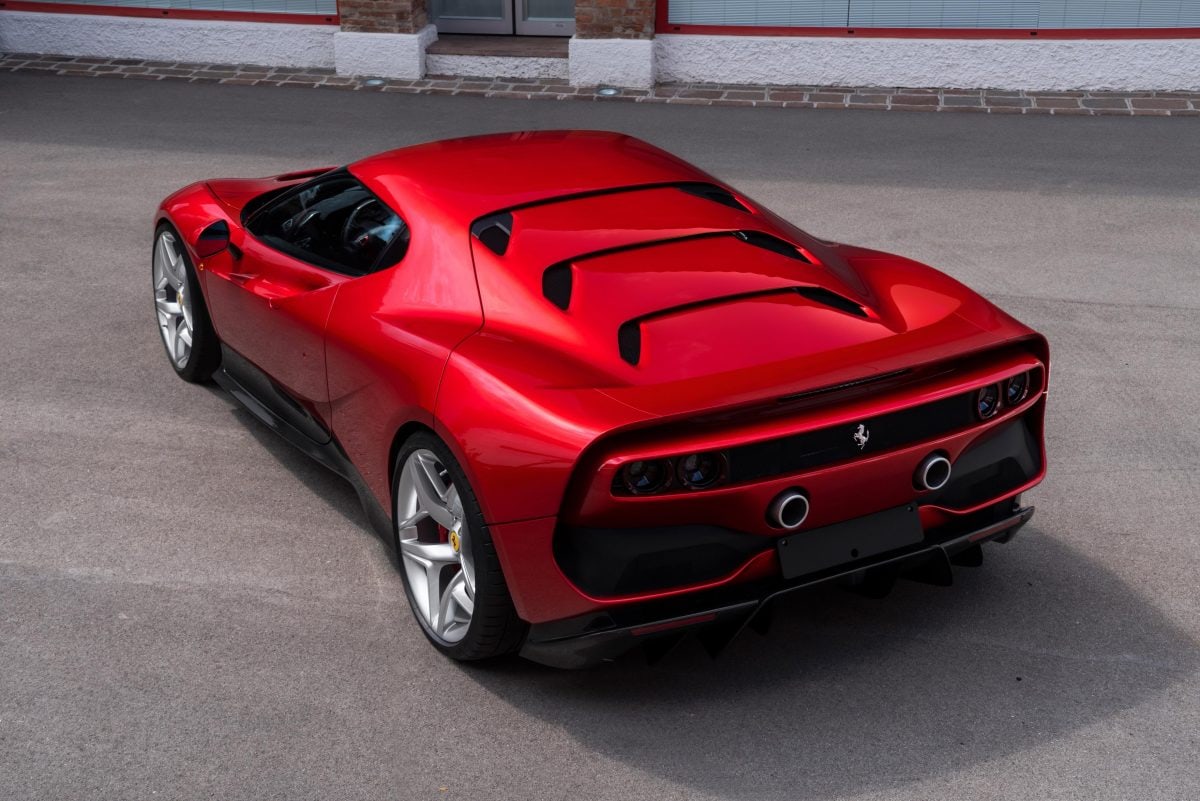 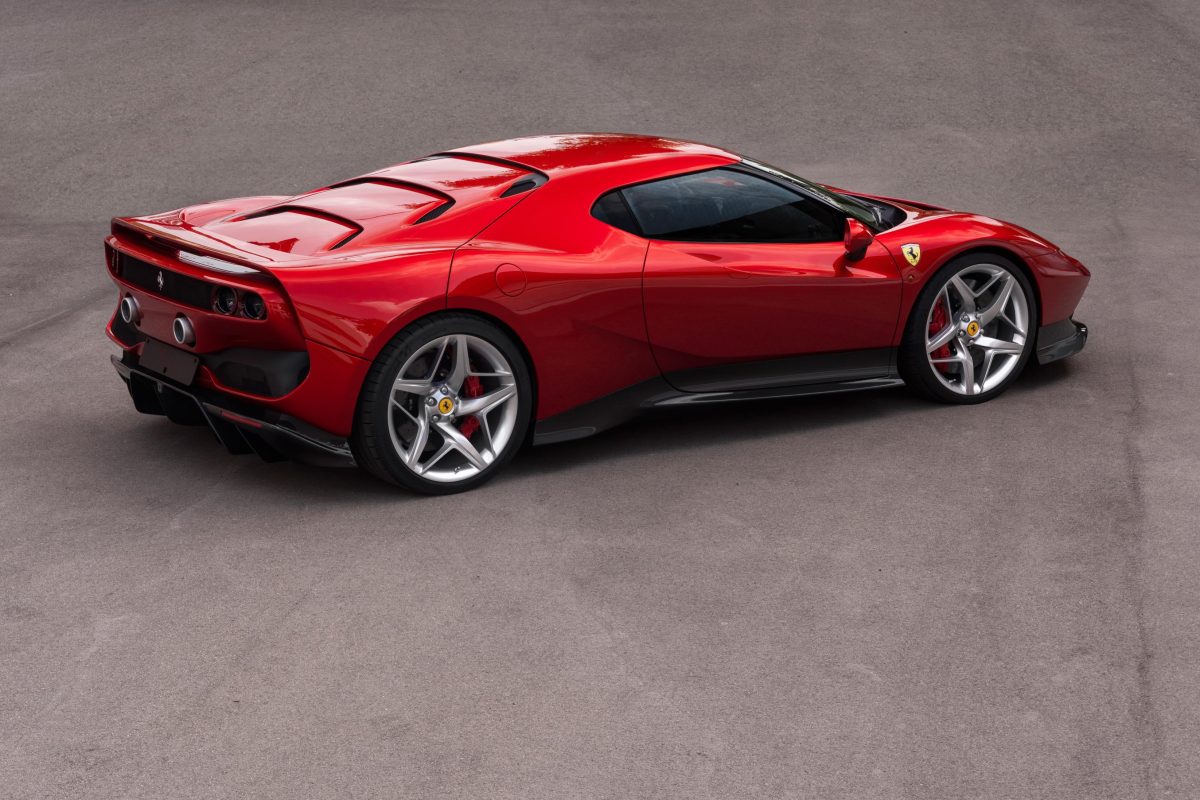