Petrol price in 2019 hit with a double whammy!!

The petrol price in 2019 hit with additional taxes.

After the budget speach 2019. The petrol price was a candidate for taxes.

Hitting motorists on 5 June 2019, adding 9 cents to a litre of petrol and 10 cents to a litre of diesel. The carbon tax won’t be allocated specifically to making our environment green however. The tax is designed to create incentives for companies and individuals to change their behavior to using lower carbon emitting products. But, we are yet to see big enough incentives to drive electric cars! 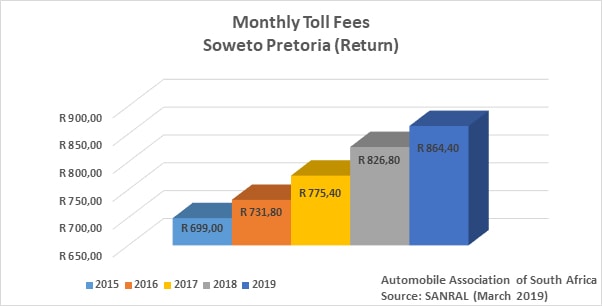 The fuel price isn’t the only thing that motorists have to consider.

While it appears to be an under 5% increaee, the cost of mobility will be hit accross South Africa in an already tight consumer economic conditions.

The increase in Toll Fees come into effect on 1 March 2019.

All this on top of an expected 95 Unleaded increase in the petrol price increase of 67 cents (and as high as 83 cents) from the current level of R13.49 at the coast and R14.08 inland.  Diesel will be subject to even higher increases of between 84 cents and 96 cents per litre.